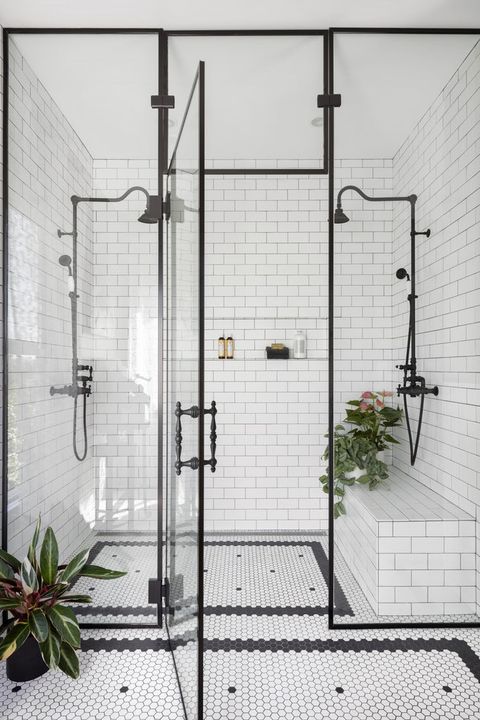 A walk-in shower can actually be safer than plenty of other types of showers for reasons that might not be entirely obvious at first. However, the people who have certain mobility problems can sometimes find it difficult to step in and out of the bathtub. The raised section of the bathtub can present an obstacle for a lot of individuals.

Even people who do not specifically have mobility issues can still worry about stumbling over the bathtub as they step into the shower, creating a lot of anxiety on a daily basis. These individuals could improve their quality of life significantly by just switching to a simple walk in shower.

While adding a support bar to a lot of shower systems can certainly make them a lot safer, even then, it is still possible for people to slip as they get in and out of the shower. Getting into a walk in shower is not different from getting into the bathroom itself, depending on how the shower itself is designed. For a lot of people, this is just the sort of modification that can truly make all the difference in their lives, making so many things more practical for them. A simple glass cover can help just as much, especially for the people who have had issues with their shower curtains in the past.

Plenty of walk-in showers do not actually use shower curtains, although it is technically possible to design them this way. The people who want this kind of shower style will usually be interested in the look of a shower that almost appears to be its own room. Many individuals want to be able to just slip into the shower.

Shower curtains can get dirty very easily. They have to be replaced constantly, which makes them much less appealing, given their intended purpose. People can feel less clean in a shower that has a shower curtain, even if they are careful to replace and clean their shower curtains often enough. The glass covers that are often added to walk in showers have a lot of inherent advantages.

These glass covers are very easy to sterilize and clean, for one thing. People can just wipe them off like they are cleaning off a window. The glass covers can still provide plenty of privacy if people decide to use frosted glass instead of purely transparent glass. However, the glass covers should serve that function without being difficult to maintain themselves, which can be an issue with a lot of traditional shower curtains.

While some people like walk in showers for their practical advantages, plenty of people would choose them anyway because of how they look. Walk in showers can have tiles on the walls, and they can have solid walls.

Some walk in showers are more spacious than others, but almost all of them will be very spacious by definition. This sort of space can be practical for a lot of individuals in its own right, but it’s also a quality that a lot of homeowners will like. They don’t want to bump their elbows on the walls of showers, and this is less likely to happen in most walk in showers.

It’s possible to add a walk in shower to even a relatively small bathroom. These sorts of showers can give people the chance to use the space in their bathrooms more effectively than they did before, even if it might not seem possible at first. Walk in showers can be added to a corner of the bathroom or half of it. People will always be using the space well when they add a shower like this.

What is a Granite Countertops? Everything you need to know